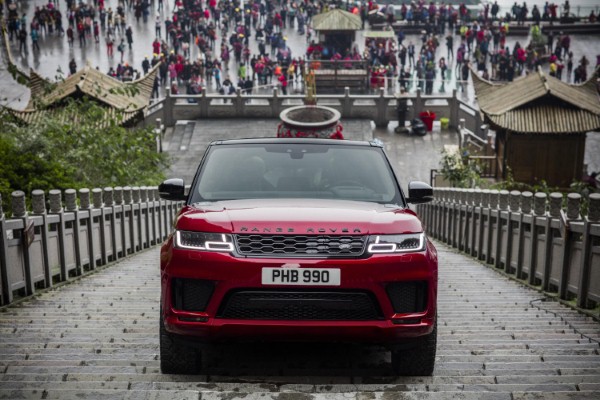 Historically, hybrids were mocked for their supposed lack of muscle, ability and general off-road. But not anymore, especially after a plug-in hybrid SUV pulled off an impressive world-first feat.

With a dizzying 99 turns and a 45-degree ascendency angle, the road is one of the world’s most challenging, but that didn’t deter the petrol-electric performance hybrid SUV from achieving a world first.

Beginning at the bottom of the legendary 11.3km Tianmen Mountain Road (known as the Dragon Road), the showroom-standard Range Rover Sport P400e took on the demanding course with Panasonic Jaguar Racing’s Ho-Pin Tung at the wheel.

At the summit of the road, the Formula E driver optimised Terrain Response for the second part of the challenge to conquer the towering staircase.

Ho-Pin Tung is a highly experienced driver with many astonishing achievements to his name already, but this was amongst the toughest, he said.

“I’ve experienced Formula E, Formula 1 and won at the 24 Hours of Le Mans but this was without doubt one of the most demanding driving challenges I’ve ever faced,” he commented.

“The Range Rover Sport PHEV performed brilliantly as it inspired real confidence on the mountain road and climbed the stairs up to Heaven’s Gate effortlessly.”

Find out more on the plug-in Rangie Sport

Under the bonnet of the Range Rover Sport is an advanced 296bhp Ingenium petrol engine, which is linked to a 115bhp electric motor, capable of delivering up to 31 miles of zero emission driving.

The Dragon Challenge isn’t the first adventure completed by the Range Rover Sport – the PHEV model made its debut in a race against two-time open-water swimming world champion Keri-anne Payne and endurance athlete Ross Edgley in Devon.

It also achieved a record-setting hill-climb at Pikes Peak in the US, as well as a record crossing of the ‘Empty Quarter’ desert in the Arabian Peninsula and a 2,170-metre descent of the legendary Inferno downhill course in Mürren, Switzerland.

Stephen Hasley, brand manager at the Green Journey, adds: “The plug-in Range Rover Sport is one tough cookie. Who dares to guess where it’ll head next?"