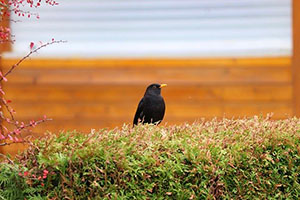 Planting hedges by the sides of roads could be enough to cut dangerous pollution coming from traffic in half.

This is according to new research from the University of Surrey’s Global Centre for Clean Air Research (GCARE), which conducted a five-month study to measure pollutants in the air both in front of and behind a hedge shielding a children’s park.

A significant impact on pollutants in the air

The scientists found that when the hedge was fully in leaf in late April, particulate matter behind the foliage was reduced by more than 50 per cent.

However, smaller reductions were noted in harmful particulates including carbon monoxide and nitrogen dioxide.

GCARE founder Professor Prashant Kumar said: “The reduction in pollution after the ‘green-up’ stage gives valuable information regarding where to install green infrastructure across our communities.”

He suggested evergreen hedges may be the best way to exploit the protection against air pollution offered by leaf cover.

Within the past few weeks alone, air pollution has been linked to both glaucoma and the stunting in growth of children’s lungs.

Steve Clarke, marketing manager at Green Journey, adds: “Clearly it’s not enough to simply plant hedges and wash our hands of the environmental problem. But adding more green cover is certainly a great way to offset some of our emissions, as well as being good for wildlife.”