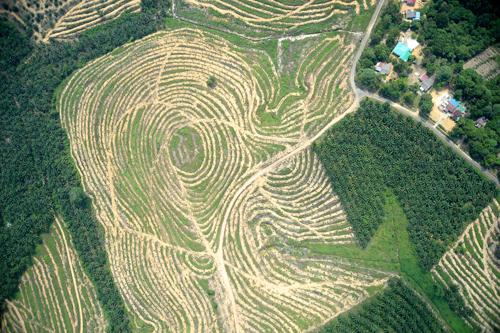 This month, we start work on our partnership in Papua New Guinea. We wouldn’t be able to launch the Cool Earth model in a third continent without supporters like Fuel Card Services. And this launch comes at a critical time. On paper, Papua New Guinea has some of the strongest community and forest rights in the world. In theory, people have legal rights to the land they have traditionally  lived on and depended on for food, shelter and livelihoods.

In practice, things aren’t so rosy. There are two things at play here. First, many of the people of Papua New Guinea are extremely poor, living on less than $0.60 a day. Rights to the land you live on mean very
little if you can’t afford basic necessities like medicine, education, and clean water.

Secondly, Papua New Guinea is under immense pressure from Palm Oil plantation owners and loggers who want to exploit the tremendous natural resources of thes third largest tropical rainforest. Add to this corrupt politicians and an ever-increasing global demand for cheap palm oil and timber, and you have the perfect conditions for runaway rainforest destruction.

Indigenous groups, living in extreme poverty, are offered cash from loggers to give up their land. Bribes, coercion, and sheer desperation mean they often have no choice but to give in.

Cool Earth can’t stop demand for palm oil. We can’t cure corruption in politics. But we can do a very important thing. Just as Fuel Card Services are enabling us to do in Peru, we’ll put power back in the hands of communities, tipping the balance in their favour and allowing them to reject offers of cash from loggers.

The effective model that Fuel Card Services is backing is not only helping us to stop rainforest being destroyed in Papua New Guinea, but changing lives too.