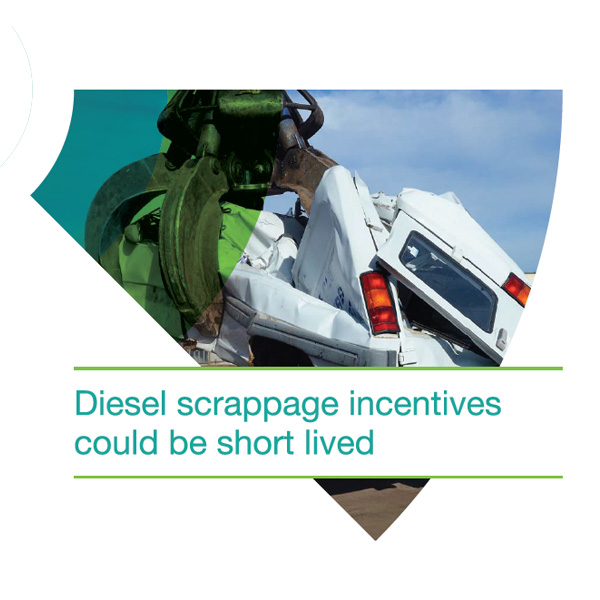 Every now and then, the major brains who govern us come up with an idea that might stop even a small child in their tracks. One such is a rather odd plan for fighting air pollution. The suggestion is that quite a lot of diesel-powered vehicles should be thrown onto the scrapheap and replaced with brand new models.

None of the cars and vans in question is particularly new, and some are certainly getting long in the tooth, but all continue to function. Each one meets every applicable law, regulation and standard. With the appropriate licence and insurance, anyone could get behind the wheel and drive off quite legally. Nevertheless, say the sages, these completely operational and street-legal vehicles should be discarded.

They believe, naturally, that your tax money should be spent on providing incentives for owners to throw away their perfectly adequate vehicles. Rather than continuing to service, maintain and repair existing fleets in our own garages, we are supposed to import thousands of replacements.

The justification, we are told, is that new diesel vehicles are more environmentally friendly than their predecessors. Today’s diesel engines produce lower levels of NOx and particulates, which means that the air in our cities can be safer. So far, so true, but it misses the point which puzzles the aforementioned small child.

London, Birmingham and Manchester do not have their own air, but share the single atmosphere that we all use. To achieve a slight and temporary local improvement, we are supposed to build a new vehicle. That means belching out all manner of pollutants with the manufacturing process. Believe it or not, wise folks, that fouled air will not hang around its point of origin before disappearing completely. The world’s winds will swirl it around and, sooner or later, it will be wafting through our streets.

The mooted diesel scrappage schemes may not come to fruition. The politicians may heed the RAC Foundation, and others, trying to point out that the numbers do not add up. If you are offered a chance for a subsidised upgrade through diesel scrappage, grab it, because the scheme will not last.