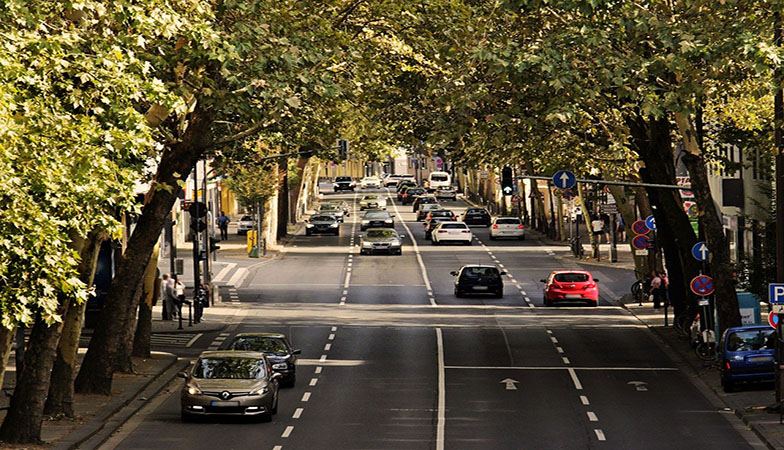 A company in the UK has devised an ingenious tool that could help to tackle the country’s persistent traffic pollution problems.

Pollution Solution has created sets of tiny suction fans that can be embedded in road surfaces in a similar way to cat’s eye reflectors. They effectively act as miniature vacuum cleaners when they are connected to a neighbouring filtration system.

Using solar power, they would be triggered whenever they sense cars have stopped – and are therefore emitting high levels of emissions – nearby. The fans suck the resulting fumes into their piping and then feed them into a roadside filtration unit that’s roughly the size of a dustbin.

This can subsequently act to remove pollutants including nitrogen oxide and particulates from brakes and tyres. Pollution Solution claims the system could remove at least 30 per cent of potentially dangerous pollutants, with the filtered air that comes out 99 per cent clean.

Spokesperson and founder Thomas Delgado said the best locations for the filtration tools would be junctions where there is a lot of stationary traffic, as well as engine idling hotspots such as parking bays outside schools.

“All the information we have is that those hotspots are the areas that really need to be tackled,” he added. “There are talks of banning the sale of fossil-fuelled vehicles by the year 2040, but if we don’t take steps in the interim it is inevitable that people will die unnecessarily.”

It is now expected that trials will take place to test the efficacy of the gadgets in real-world traffic scenarios.

Any technological solutions to the issue of pollution are sure to be welcomed by the government, as traffic fumes and their toxic effects continue to plague British towns and cities.

Earlier this year, a map compiled by Friends of the Earth showed almost 2,000 locations in England, Wales and Northern Ireland have levels of air pollution exceeding safe limits.

Steve Clarke, marketing manager at Green Journey, adds: “If these tiny tools really work in the way the manufacturers claim, they could be a great help in cutting harmful emissions entering the environment from vehicles. Let’s hope the trials work out.”