How The Fuel Card Group is supporting Forest Guardians

Rainforests are incredible places to live: diverse, chaotic and full of more plants and animals than any
other environment on earth. But for a long time, scientists have argued that humans have only lived in
rainforests for the last 8,000 years. 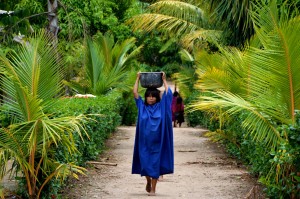 This is because the sheer variety in the forest creates massive challenges. The majority of animals that
would provide food can hide away in the trees and while fruits and plants may be abundant, they are also often deadly. So it was believed that rainforests were simply too complicated to live in, and that a life on open plains would have made travelling and getting food far easier.

But new research has shown that people have been living in the rainforests for at least 20,000 years – far longer than previously thought.

Rainforests are not vast empty Edens of untouched nature – they are home to millions of people who rely upon the forest for everything. These people are the most at-risk of the consequences of deforestation, but are also the forest’s best custodians.

In the last 300 years, deforestation has rapidly accelerated and is increasingly threatening the rainforests and the people who live there. The impact of this has huge consequences for human health and the health of the planet.

Cool Earth firmly believes that rainforest is best protected by the people who live there. That’s why
The Fuel Card Group’s support is all about empowering and strengthening local people – these Forest
Guardians are at the heart of everything we do.