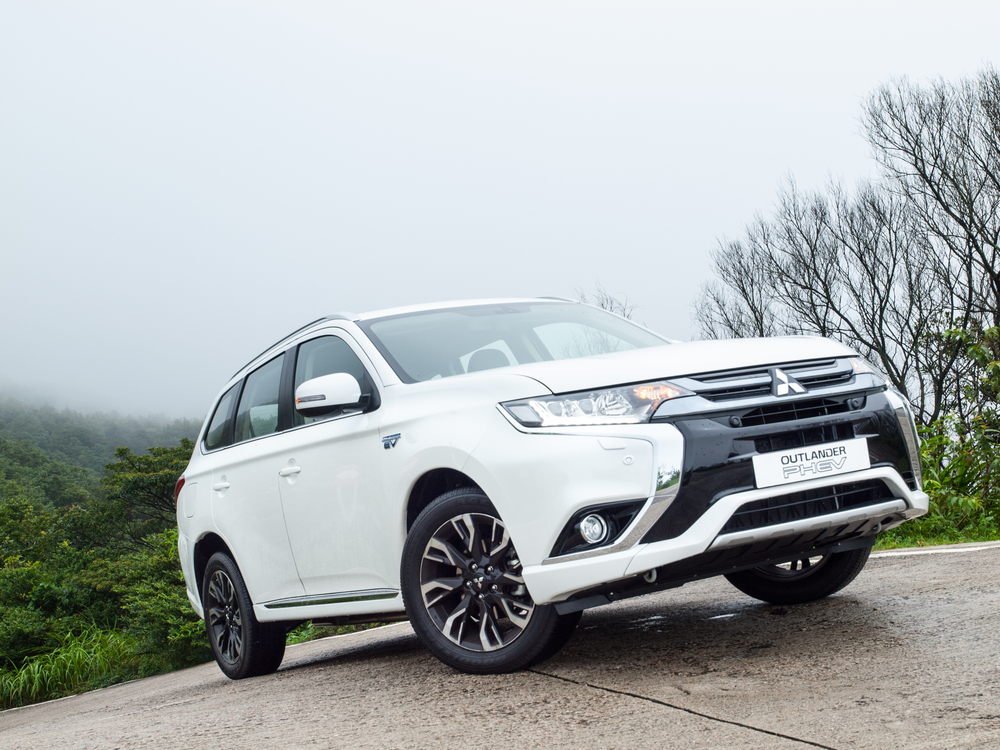 But what do you need to know about the all-new Mitsubishi Outlander PHEV? Read on and you’ll find out…

The biggest change to the petrol-electric hybrid plug-in SUV is the introduction of a new 2.4-litre petrol engine. It’s more powerful but more efficient than its predecessor, benefiting from an extra 14bhp – now 133bhp.

Visually, it remains largely unchanged, but look closely and you’ll spot new headlights and a redesigned front grille. Around the back, there’s a new rear lower bumper extension and a large roof spoiler, as well as new, two-tone contrasted 18-inch multi-spoke alloys.

Out on the road, the second-gen Outlander PHEV is quieter and more refined than the original car, with more comfortable and supportive front seats, new switchgear, a revised instrument cluster, the addition of rear ventilation vents and more convenient USB ports.

What’s under the bonnet?

So what’s fuel economy like in the new Mitsubishi Outlander PHEV?

But it climbs to 159.5mpg on the older NEDC (New European Driving Cycle).

How far can it go on just electric power?

The electric range of the Mitsubishi Outlander PHEV is around 28 miles, depending on how you drive it.

How much does the Mitsubishi Outlander PHEV cost?

What equipment do you get for that kind of money?

How fast is it?

From a red light, it can get up to 62mph in around 11 seconds, which isn’t especially quick, but the electric motors will make it feel nippier than you expect. Top speed is 118mph.

The new Outlander PHEV offers up to 463 litres of boot space. There is the option to drop the back seats, which should expand luggage capacity to around 1,700 litres.

How much can it tow?

How big is the Outlander PHEV?

Your warranty is good for five years or the first 62,500 miles, whichever comes first.