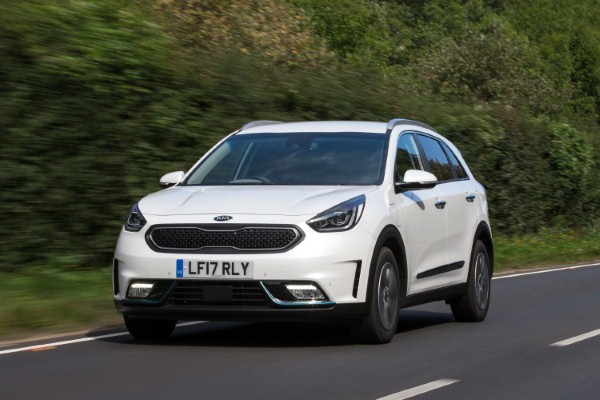 Kia has introduced a plug-in hybrid version of its Niro compact crossover, in addition to the conventional standalone hybrid launched last year.

Priced from £27,995 on the road after the government’s plug-in car grant of £2,500 has been applied, the plug-in Niro will represent Kia’s third plug-in hybrid after the Optima and its Sportswagon version.

It could also be the South Korean carmaker’s most efficient model yet, potentially returning over 200mpg whilst emitting a measly 29g/km of CO2. Kia says the car will play a vital part in reducing the average CO2 output of its range by 25 per cent between 2014 and 2020.

The Niro PHEV (Plug-In Hybrid Vehicle) uses the same powertrain as the regular Niro, but this time it twins a 104bhp 1.6-litre petrol engine with a more powerful electric motor, producing the equivalent of 60bhp.

This means it can travel for up to 36 miles on electric power alone, while a brake energy recovery system recoups energy normally dissipated as heat and stores it in the batteries for use later. Business users will be won over by the nine per cent company car tax in 2017-18 too.

Performance is far from pathetic, with a 0-60mph sprint time of 10.4 seconds and a maximum speed of 107mph.

Stylistically, the plug-in Niro is differentiated from the regular hybrid with metallic blue flourishes on the front and rear bumpers, as well as the plug-in charging point on the left-hand front wing. Weight savings have been made where possible to maximise the powertrain’s efficiency and range.

The car’s larger battery eats into luggage capacity slightly, reducing the boot space to 324 litres. However, this is offset with a two-litre reduction in the size of the petrol tank to 43 litres.

Stephen Hasley, brand manager at the Green Journey, adds: “Kia has some admirable emissions targets and with more cars like the plug-in Niro, they should comfortably hit those targets.”