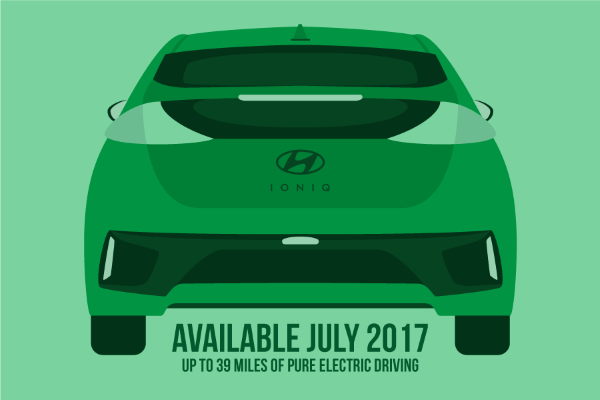 Hyundai has confirmed the asking price for its new plug-in hybrid.

The Ioniq was the South Korean carmaker’s first ever electrified model when it launched as a conventional standalone hybrid late last year, receiving positive reviews from the motoring press, some of whom hailed it as a solid contender to the long-reigning Toyota Prius.

A fully-electric version was also made available but now, the petrol Ioniq can be plugged into a main outlet to recharge its battery, which can provide up to 39 miles of pure electric driving before switching over to petrol power for a total range of 680 miles.

This means it secures a zero-rate VED in the first year and a low BIK rate of just nine per cent for 2017/18.

While 257mpg may sound impressive, it’s not quite as strong as the Prius Plug-In’s 283mpg, but then you have to take into account the fact you’re paying more for the Toyota, so the costs offset each other.

Equipment has been split over two trim levels, with the base Premium model riding on 16-inch alloys while the interior boasts Bluetooth, Apple Car Play and Android Auto, smart cruise control and an eight-inch integrated satellite navigation unit.

This sat-nav system includes state-of-the-art ECO-DAS technology, a predictive energy management feature that optimises the battery charge and discharge, as well as a coasting guide for the driver, instructing them when to lift off the throttle to use less fuel.