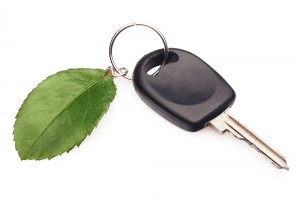 If you ever need an example of ‘carrot and stick’ motivation, take a look at the world’s car makers. Once upon a time, they did not know what sustainability meant. We do not have to look too far back to see advertising that was all about power, speed, comfort and accessories. For the smaller car, fuel economy might be mentioned, but only in terms of cheapness to run. Then, the world began to awaken to green issues and, eventually, politicians realised that there could be votes in sustainability.

So, pressure from governments meant that the auto makers had to pay lip service, at least, to the new reality. They were forced to look into reducing exhaust emissions, making more recyclable vehicles and all the other things that comprise sustainability. It cost money, lots of money. However much the manufacturers might proclaim their new greenness, nobody could have believed their efforts to be anything more than reluctant.

That is now changing. A recent report has suggested an attitude shift, as the vehicle producers pour more investment into sustainability. Cynical folks might suspect that the manufacturers have seen profit in becoming greener. They would be right. Growing demand for more environmentally friendly vehicles means that there is money to be made in creating products that deliver greener manufacturing and driving. Eco-innovation is the new automotive buzzword, seen as offering potential for new growth, and the bandwagon is rolling and filling up fast.

Nobody should be surprised by this. Even in the 21st century, there are still very few commercial organisations embracing sustainability because it is the right thing to do, rather than for some less altruistic motive.

Read more about it in The Green Journey Sustainability Update.