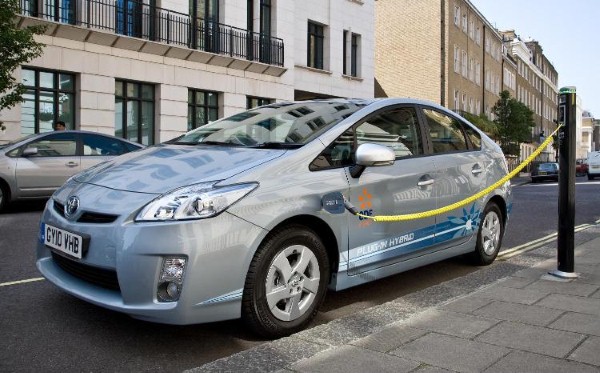 The Office for Low Emission Vehicles in partnership with the Department for Transport has unveiled a significant new government investment in the provision of plug-in vehicle chargepoints for the UK.

With the growing popularity of ultra low-emission vehicles (ULEVs) and plug-in models in particular in recent years, the government has now committed to ensuring the infrastructure necessary to support an even greater uptake of these vehicles is put in place in the coming years.

As such, a total of £43 million is to be delivered in two schemes – £32 million and £11 million – aimed at boosting funding for the creation of more public plug-in chargepoints and associated technologies.

The £32 million infrastructure investment will see an additional £15 million channelled into the Electric Vehicle Homecharge Scheme, which provides ULEV owners with grants for up to 75 per cent of the cost of chargepoints at their private residence.

Meanwhile, £8 million will provide a boost to the already-committed £15 million investment from the Highways Agency for the delivery of more public chargepoints on major routes and in towns and cities up and down the country in the months ahead.

Now in the process of tendering for contractors, bidding for funding as part of these infrastructure installation projects is open until May, after which time the preferred bidders will be selected and new chargepoint infrastructure can begin to be put in place.

Finally, £9 million has also been made available to offset any difficulties in the future running or maintenance of this new infrastructure. This final tranche of funding will aim to ensure the UK maintains its position of offering a world-class environment for the growing use of ULEVs in the years ahead.

The funding for these projects has so far been made available until 2020.

Transport minister Baroness Kramer commented: "The funding announced today marks another milestone in the government's support for ULEVs as their popularity takes off.

"The public will find it even easier to charge their cars when they are out and about thanks to our £8 million commitment to support new chargepoints across key locations in our towns and cities. And we have today announced another £15 million to continue to back the rollout of convenient home chargepoints across the country.

"Our support to the ULEV industry will help ensure the innovation that is a hallmark of the British automotive industry will continue to drive development in this vital growth sector."

Of the second tranche of funding, the £11 million is to be split between 50 organisations, ranging from small independent companies to some of the nation's best universities.

In total, participants will take part in one of 15 research and development projects focused on the improved efficiency of ULEV technology in the years ahead, as well as being of benefit for the green automotive sector in general.

An example of the type of work being made possible through this latest round of investment in the industry is the development of a prototype zero-emission power and cooling system utilising liquid nitrogen, which could lead to a dramatic reduction in emissions for refrigerated trucks and air-conditioned buses in the years ahead.

Other projects being made possible in the coming years will include the creation of a new recycled carbon material to help in the construction of lightweight vehicle chassis, as well as a new zero-emission electric bus with an extended-range hydrogen fuel cell.

Businesses across the country will benefit from this ongoing investment in the support of ULEVs in the coming years, especially as more firms are adding these models to their fleets.

The government continues to work in partnership with a range of organisations committed to bolstering the uptake of low-emission vehicles, with seven major UK vehicle manufacturers signed up to the government's ongoing Go Ultra Low campaign to date.