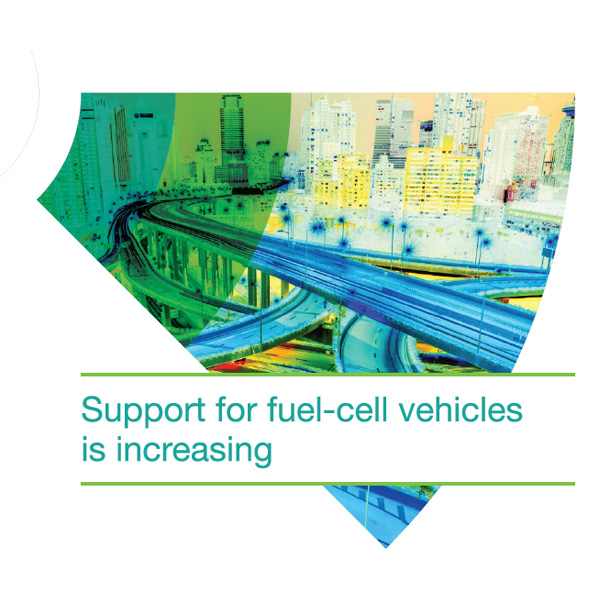 How common is hydrogen? It all depends upon how you look at it. To begin, it is present in the air that we breathe. Extracting hydrogen from air is impossibly expensive, because it constitutes only one part in two million. So, it is rare – until you remember that we are constantly surrounded by water, of which it is the main component. Mostly, though, we obtain hydrogen from methane.

Using hydrogen is relatively simple; it has been used to power everything from buses and golf carts to submarines and the space shuttle. Running a car on hydrogen cell should not be too difficult, in theory. In practice, it turns out that it really is straightforward. Major manufacturers are already producing cars that offer a range of 250+ miles, which can be refuelled in under five minutes, whose only exhaust emission is water vapour.

So, should you be rushing to switch the fleet over to hydrogen?

Maybe so, if you can cope with the initial cost. You can pick up a Toyota Mirai for just £66,000, not much more than two or three times the price of a petrol equivalent. You would also need to accept careful journey planning, with fewer than ten locations in the country where you could refuel. Routine servicing might also be an issue. The entire UK hydrogen servicing network has carried out, collectively, precisely one service. The average AA or RAC patrol might raise an eyebrow if arriving at a roadside call-out to be confronted by a hydrogen fuel cell.

Hydrogen has its supporters. Any technology being supported by billions in research by motor manufacturers has to be taken seriously. One day, hydrogen cars may become commonplace. Just do not begin to consider buying one yet. If you want a vehicle powered by hydrogen simply for the novelty value, go right ahead. As a business proposition, however, keep your ear to the ground but make no plans.