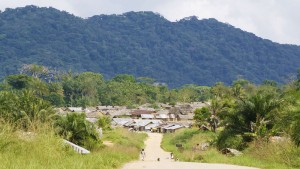 Celebrated film maker Vianet D’Jenguet has just returned from Cool Earth’s Lubutu project in DR Congo, where he spent two weeks meeting their partner communities and getting some amazing footage of life in the Congo rainforest.

The Lubutu project is made up of five rainforest villages in Maniema, the most remote province in the Democratic Republic of Congo.

It was Cool Earth’s first project outside of the Amazon and works with 5 villages in eastern DR Congo to form a buffer for two neighbouring national parks.