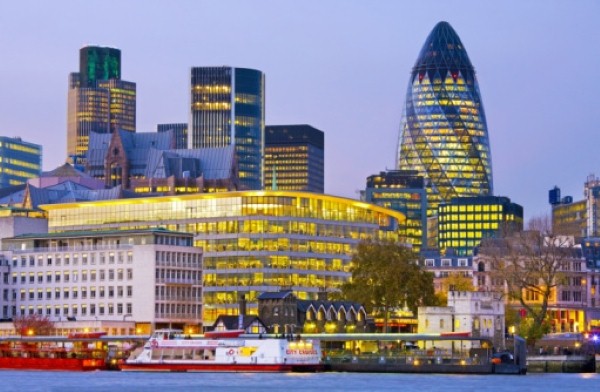 A green light has been given to the implementation of the new London Ultra Low Emission Zone (ULEZ), which will come into effect for all road users entering the capital from 2020.

Individuals and businesses will all be affected by this change, which has now been approved by Transport for London (TfL) to work across the same area of the present Greater London Congestion Charging Zone.

Outlining the new fees structure for vehicle operators, TfL has revealed the emissions standards that will be applicable to all vehicle types that enter the Greater London area in the years ahead.

For motorcycles, mopeds and similar small vehicles, the EU's Euro 3 emissions standard will be sufficient to enable operators to avoid charges for their use.

Meanwhile, petrol-powered cars, both small and large vans, and minibuses will be held to the Euro 4 standard. However, for diesel-powered vehicles of the same designs as above, the more stringent Euro 6 standard will be applied.

Finally, all heavy goods vehicles (HGVs), buses and coaches entering the ULEZ from 2020 will be expected to achieve the latest Euro VI standard for vehicle emissions. This means that only vehicles manufactured after January 1st 2014 are likely to be in line with these requirements.

Any vehicles that do not comply with the above standards for their class will be charged at a daily rate of £12.50 per vehicle (£100 for HGVs, buses and coaches) for entry into the ULEZ. Those that do comply will be exempt.

Operators now have a range of options open to them in order to meet these new stricter standards – which are ultimately targeted at improving air quality for local communities and visitors to the capital in the years ahead.

Businesses in particular are advised the main options now open to them include additional investment in the latest models to ensure their fleets are in line with the requirements in terms of NOx and particulate emissions to avoid additional costs for their use in the capital, while rerouting some journeys for older vehicles to avoid the ULEZ is also a possibility.

Looking to the coming five years, 2015 to 2020 is expected to be a busy period ahead of the full rollout of the programme, with TfL embarking on widespread public awareness campaigns for the ULEZ project, as well as continuing to hold consultations this year to address concerns that have been raised by taxi and private hire trade operators regarding the plans.

The reality remains that current air quality in London is above legal limits for particulates against EU standards and this means that drastic action such as this is now no longer a luxury, but an essential step in improving public health.

Responding to the announcement, chief executive of the Society of Motor Manufacturers and Traders Mike Hawes stated: "We are pleased to see the mayor has recognised that the latest diesel technology has a place in an Ultra Low Emissions Zone.

"It is only by encouraging motorists to invest in the latest, lowest emission technology, regardless of vehicle or fuel type, that the mayor's vision be fully realised."

He added that the ULEZ will play "a key role" in driving the market for ultra low emission vehicles across both the UK and Europe in the coming years and will set a precedent not only in the UK, but around the world

Meanwhile, chief executive of the British Vehicle Rental and Leasing Association Gerry Kearney added: "The London ULEZ is an essential part of the mayor's plan for tackling the capital's air quality problems and it is unlikely to be the last such scheme introduced across the UK.

"We continue to call for the government to provide a framework for such zones so that they can be introduced in a standardised way in other cities."

Indeed, the framework for the creation of the London ULEZ will act as an important lesson  in the successful delivery of low emission zones for the nation as a whole, with the intricacies of the programme and difficulties in implementation likely to prove a considerable challenge in the years ahead.

Whatever the problems though, once up and running, the creation of the new ULEZ will ensure cleaner, greener cars are encouraged to be used in major urban areas, presenting a considerable benefit to local communities in terms of improved air quality and public health.